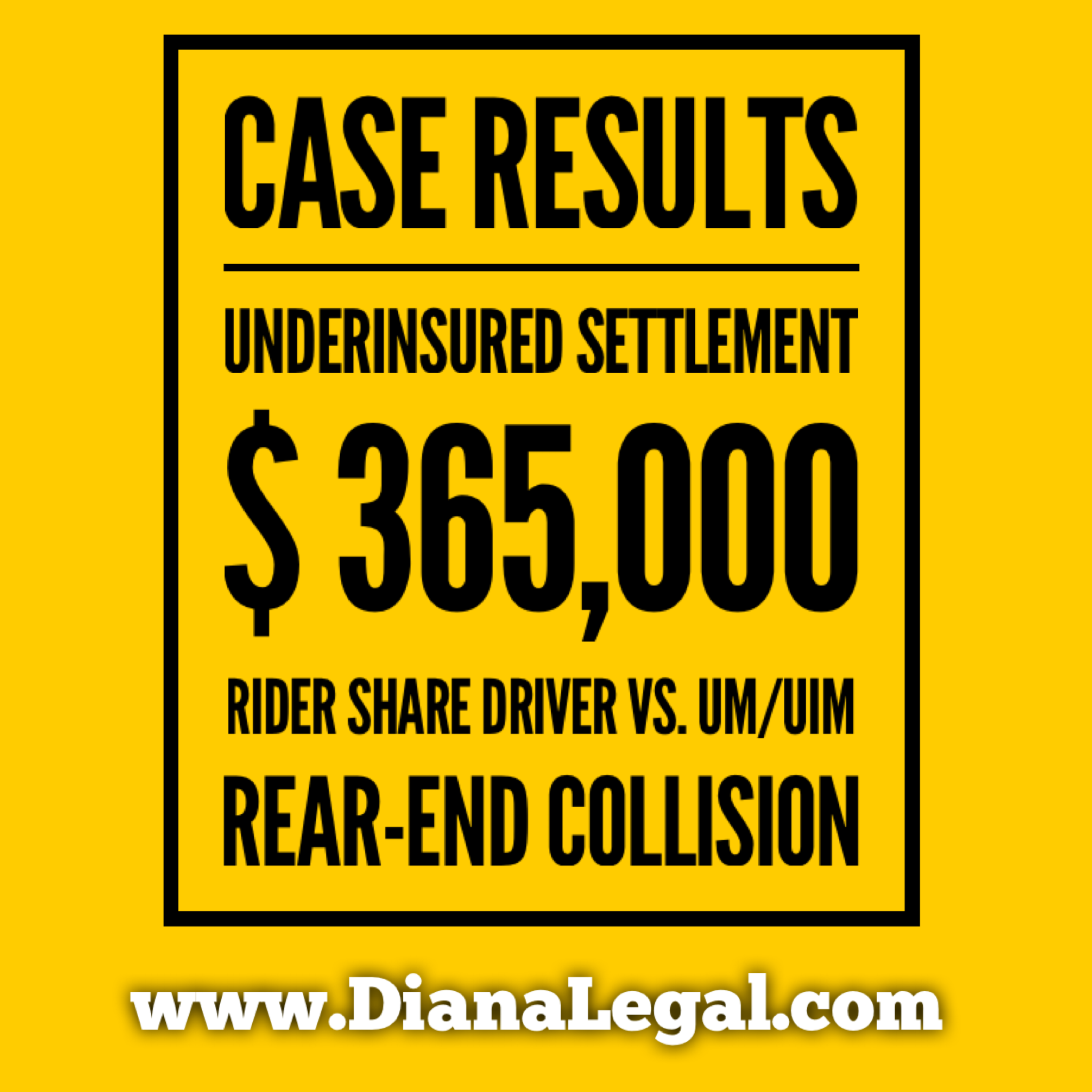 What is an Underinsured Motorist Claim?

Underinsured Coverage also includes coverage for collisions with uninsured drivers. In a previous article our offices discussed various types of auto insurance coverage and what to do if you were involved in a collision with an uninsured driver.

Our offices recovered a $365,000.00 (Three-Hundred Sixty-Five Thousand Dollars) pre-arbitration settlement following a rear-end collision.  Our client was operating in his capacity as a rideshare driver at the time of the rear-end collision. The at-fault driver was underinsured, carrying minimum policy limits of $15,000.00 (Fifteen Thousand Dollars) when he rear-ended our client. Our client’s injuries and damages greatly exceeded the $15,000.00 in liability coverage, which the other driver paid in full several days following the collision. Upon receipt of the at-fault driver’s insurance coverage, our client, the rideshare driver, demanded coverage under his uninsured/underinsured policy. The rideshare company extended an initial settlement offer of $15,000.00, which our client declined. After prolonged litigation, the rideshare company accepted a settlement offer of $350,000.00 weeks prior to arbitration.

Rideshare Accident: Our client John Doe, a young and health man in his late 30s, was operating in his capacity as a rideshare driver when he was rear-ended by an underinsured driver.  Upon impact our client was dazed and confused. There were no objective signs of direct impact to the head as there were no lacerations to the face, bumps to the head or panada eyes; however our client’s immediate symptoms were consistent with those of a concussion.

Similar to a previous TBI case our offices litigated, following the rear-end collision our client experienced head pain, nausea, dizziness and had immediate fatigue. Following the rear-end impact our client headed home where his spouse witnessed her husband in a concussed state, specifically he was illogical and dazed when he was speaking and then went straight to bed where he slept for over twelve hours.  Waking up from his sleep was terrifying for our client and his family, who witnessed him in a temporarily paralyzed state. To this day our client experiences dizzy spells and struggles with chronic headaches.

Uber accident / Lyft accident: As a result of the rear-end collision our client sustained the following injuries:

Case Results: $365,000.00 Pre-UM/UIM Arbitration Settlement – Our offices successfully resolved this underinsured motorist claim for $365,000.00 with both the at-fault party and the rideshare company.

Additional articles discussing TBI and head trauma following a collision are linked below: