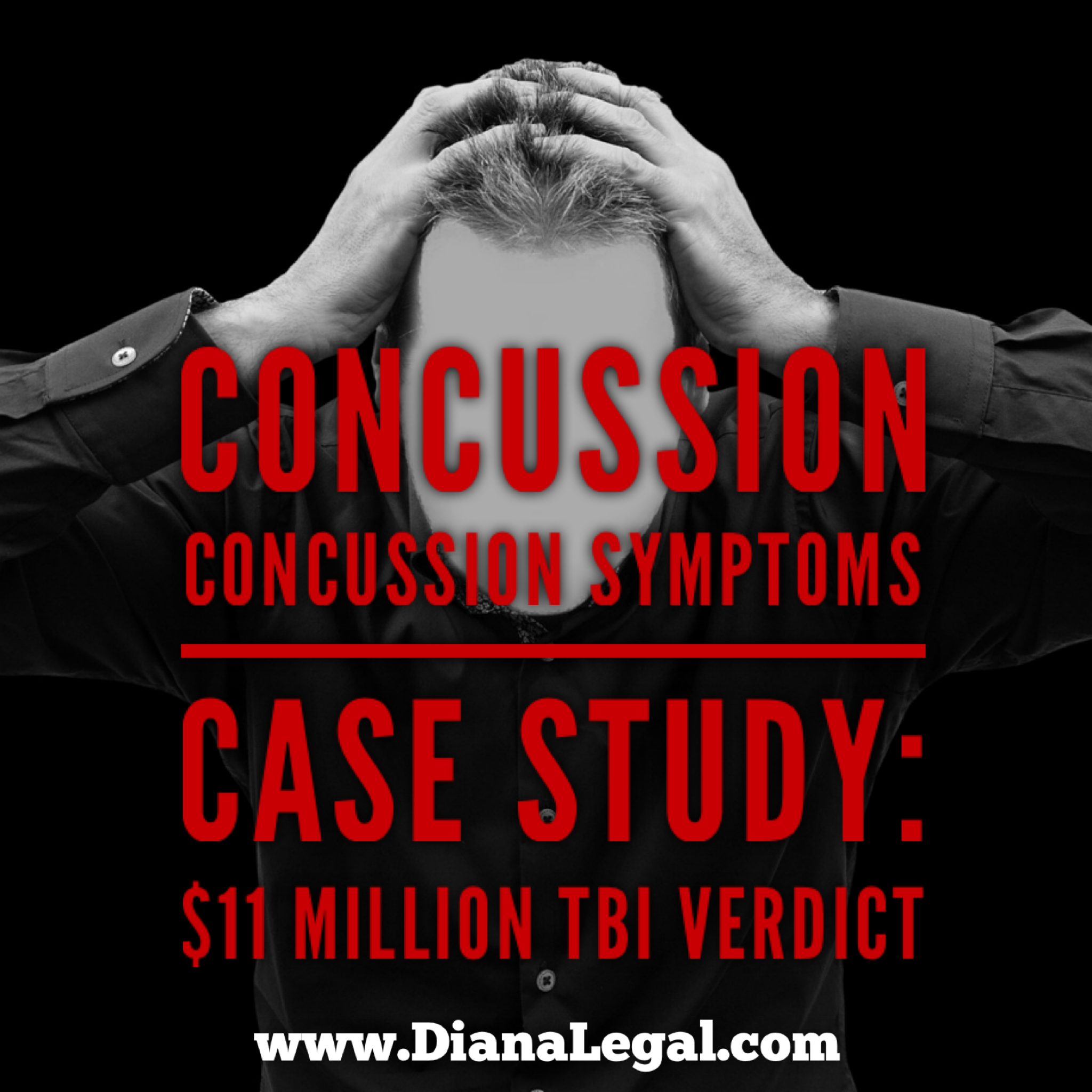 Concussions are a type of brain injury. A concussion is caused by either direct trauma to the head or jolt of the head causing the brain and head to rapidly move back and forth. Following a concussion some individuals, after recovery period may return to their pre-concussed state. Unfortunately, sometimes following a concussion, symptoms may linger and result in permanent injuries. Brain injuries are sometimes qualified as a mild traumatic brain injury or traumatic brain injury.

While neurological testing and other objective measures such as lacerations to the head or face, panda eyes or raccoon eyes may assist in making a TBI or mTBI diagnoses, this is not a necessity. Monitoring an injured party following a fall, a motor vehicle accident or other incident resulting in a direct blow to the head can suffice when making a traumatic brain injury diagnosis or a mild traumatic brain injury diagnosis.

When evaluating a patient, a treating provider will look for concussion symptoms and monitor that patient’s progress and recovery. When there are lingering and residual concussion symptoms that have not resolved with the passage of time, then a trained medical provider may make a brain injury diagnosis.

Concussion Symptoms Indicative of a Moderate to Severe TBI

Concussion symptoms can serve as valid markers and may be an indication of a moderate to severe TBI. Following a car accident, slip and fall case, child abuse, fall risk or other personal injury incident in which a concussion was sustained, certain physical, emotional, sensory, neurological, and cognitive changes may be experienced. When a patient complains of such symptoms and these symptoms linger, this can be an indication of a mild or severe traumatic brain injury. Concussion symptoms include the following:

In a 2003 Plaintiff Mennell, a 35 years-old engineer, was seriously injured when he was struck by a pick-up truck while walking across an intersection. The injured plaintiff sustained numerous orthopedic injuries and suffered a traumatic brain injury. The plaintiff was hospitalized for four months where he underwent surgery to his skull. Following discharge, he underwent aggressive outpatient rehabilitation for his orthopedic injuries to improve his mobility and for his brain injury.

Concussion symptoms and residual effects from the brain injury which rendered the plaintiff disabled included: short-term memory loss, deficits in orientation and problem-solving, vision impairment, inability to handle any type of stress, and a severe speech disability.

Following a 14-day jury trial and roughly four days of deliberations the jury awarded the Plaintiff Charles Mennell $11,157,434.00 in damages.

Concussion Symptoms or Do you have a Brain Injury matter to discuss?