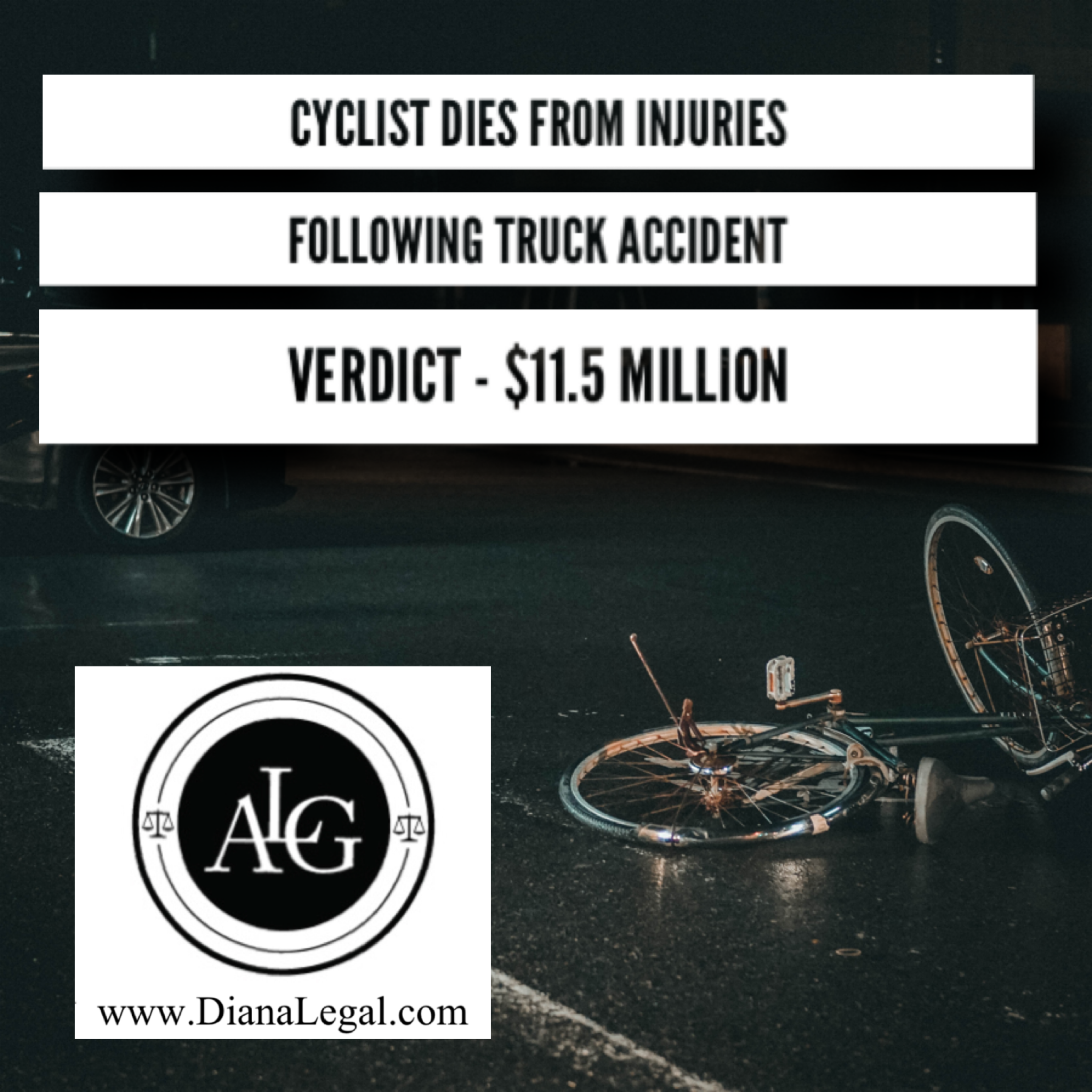 Given the great weather in California, residents have the option of riding their bicycles year-round.  As cyclists get on public streets they risk the possibility of sustaining serious injuries. With the risks involved in riding bicycles, a common question cyclist have is “Do I have coverage if I’m in a bicycle accident?”

While each case is specific and should be independently evaluated, generally cyclist whom sustained injuries by colliding into another motorist or car may seek out compensation under their own uninsured motorist coverage and other types of car insurance policies.  Often injured cyclist whom sustained personal injuries resulting from a bicycle-car accident may seek compensation for economic damages such as medical bills, loss of income, and/or repairing or replacing your bike, as well as general damages for pain and suffering.

On August 31, 2012, 25-year old cyclist, plaintiff Calvin Godoy, was riding his bicycle heading to a local store in south central Los Angeles, when he collided with a truck operated by defendant Watson.  Upon impact plaintiff Godoy sustained a blunt force to the head and was transferred to the nearest hospital.  The plaintiff suffered a cerebral hemorrhage which lead to cardiac arrest and he eventually died in the hospital seven days following the bicycle accident. At trial accident reconstruction experts submitted conflicting opinions on liability and after a 13-day trial, the jury ultimately concluded that the truck driver was 80% fault for the bicycle accident.  Following jury deliberations, an award of $11.5 million was rendered in favor of the estate of the deceased cyclist.

According to the National Highway Traffic and Safety Administration (‘NHTSA’), “[t]here were 857 bicyclists killed in traffic crashes in the United States in 2018. As you might expect, when a crash occurs between a vehicle and a bike, it’s the cyclist who is most likely to be injured.”

Some other key bicycle safety statistics include:

For more information on bicycle safety a link to the NHTSA’s 2018 bicycle safety publication on their website is included herein: https://www.nhtsa.gov/road-safety/bicyclists#2311

There is no one overriding cause for bicycle accidents, however, common causes for cycling accident include:

For more blogs discussing motor vehicle accidents in general see the links below:

Contact Us for Advice on Bicycle Accidents or Fatal Accidents:

If you or a loved one has been involved in a bicycle accident, or if you have questions about your auto policy and UM/UIM coverage, we invite you to call us today at 619-432-5145 for a free consultation with one of our experienced San Diego bicycle accident attorneys.