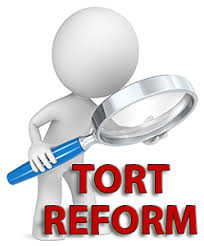 Assembly Bill 147 has been introduced by two California lawmakers, in response to the US Supreme Court’s June decision in South Dakota v. Wayfair, Inc., 138 S. Ct. 2080 (2018). In this landmark case the Court held that the State of South Dakota was not prohibited under the Commerce Clause of the U.S. Constitution from enacting legislation which required remote sellers to collect and remit sales tax on goods and services sold to buyers for delivery in South Dakota, even though the business that made the sale did not have a physical presence in the State.

The California proposed legislation, if passed, would require remote retailors to collect and remit state use taxes when they make $500,000 or more in annual sales to the State. While on its face, this bill is promoted and marketed as exclusively a Sale Use and Tax proposed measure, lawmakers attempted to deceptively include tort reform limiting consumers right to seek legal justice.

Specifically Article 3 of the Assembly Bill 147: titled “Marketplace Facilitator Relief”, section 6048.A, which ultimately bans class actions against large marketplace facilitators until January 1, 2023.  Thankfully, due to the efforts of organizations such as the Consumer Attorneys of California, a statewide professional association of plaintiff lawyers https://www.caoc.org/index.cfm the measure attempting to ban class actions was removed from the bill.

Below is a link to Assembly Bill 147, including section 6048.A which has been struck:https://leginfo.legislature.ca.gov/faces/billTextClient.xhtml?bill_id=201920200AB147

If you are an online retailor or corporation and have questions about the proposed Assembly Bill 147 or California’s Sales and Use Tax please feel free to contact one of our CorporateCompliance Attorney’s at 619-432-5145.