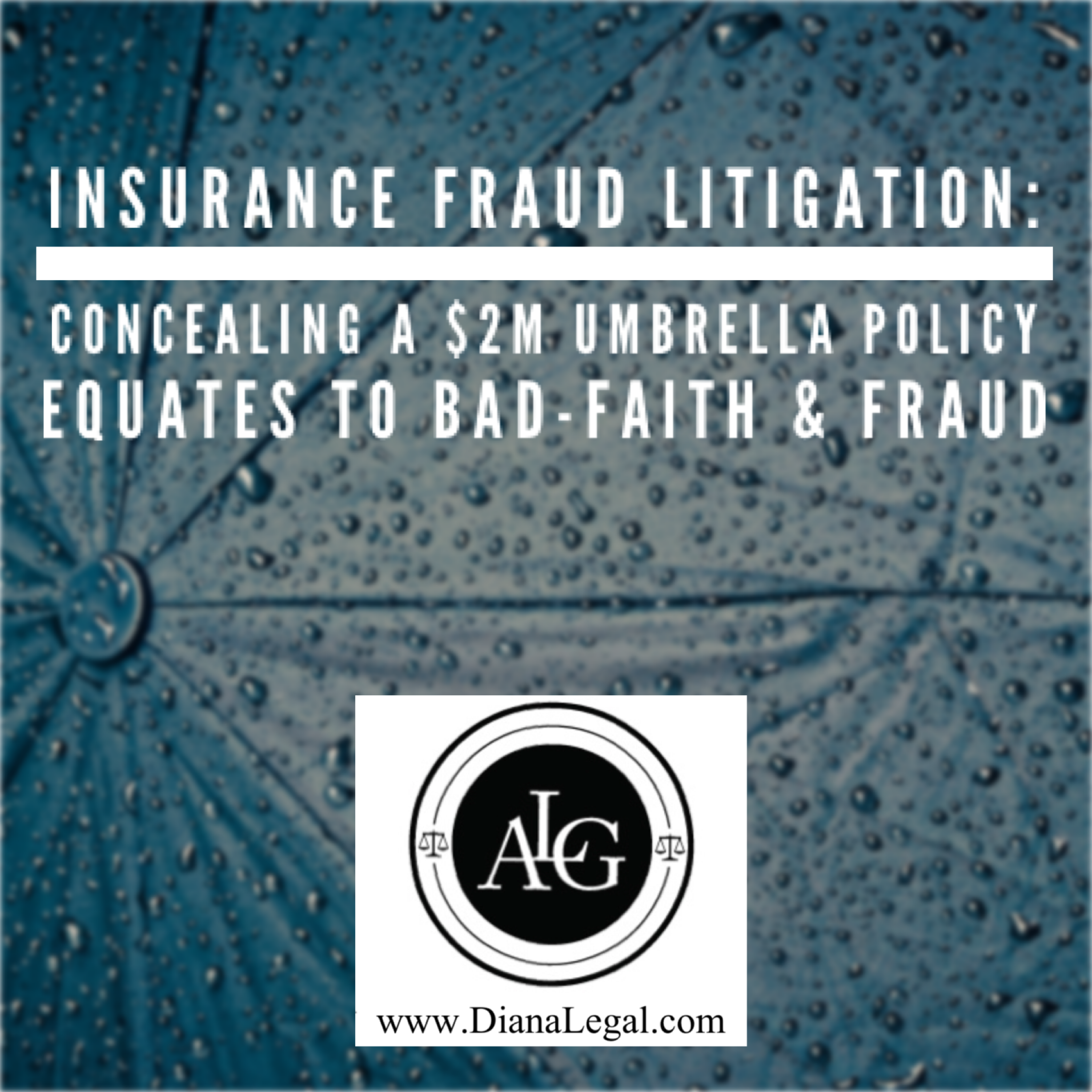 A fraud victim filed a complaint for Fraud Litigation against State Farm Mutual Automobile Insurance Company, after State Farm failed to disclose an umbrella policy that afforded the victim additional $2 million dollars in coverage.  During litigation the fraud victim propounded discovery on State Farm Insurance, requesting the Insurance carrier to “[d]escribe any policy or policies of liability insurance”.  In responding to discovery State Farm only disclosed information regarding a $250,000 UM automobile policy and concealed the existence of a $2,000,000 umbrella policy.  Only after litigation was complete and the fraud victim was awarded a verdict on the mistaken belief that only $250,000 in coverage existed, State Farm Mutual Automobile Insurance Company disclosed that there was an applicable umbrella policy which provided for $2 million dollars in coverage.

Relevant excerpts of the case are as follows: “… September 3, 2008, Jerry Earl (“Jerry”) sustained injuries in a motorcycle crash involving a hit-and-run semi driver. At the time, Kimberly and Jerry Earl (“the Earls”) had an Uninsured Motorist (“UM”) policy with available coverage of $250,000 with State Farm Mutual and a Personal Liability Umbrella Policy (“PLUP”) … On January 19, 2011, the Earls served their interrogatories upon State Farm Mutual, with a question stating: Describe any policy or policies of liability insurance … State Farm Mutual, answered the interrogatories ‘[and]’ included information about only the $250,000 UM policy with State Farm Mutual.

On November 27, 2012, the jury returned a verdict of $175,000 for the Estate of Jerry Earl and $75,000 for Kimberly individually. On November 28, State Farm Mutual directed its counsel to divulge information regarding the PLUP policy with UM coverage to Earl’s counsel. On December 3, 2012, State Farm Mutual’s counsel provided Earl’s counsel a copy of the PLUP policy, which provided for an additional $2,000,000 in UM coverage.  … Unbeknownst to the Earls until after the jury trial, they were also covered by a separate [PLUP] that carried an endorsement for uninsured motorist coverage with a limit of   $2 million.

In response to this situation the fraud victim initiated a fraud litigation claim against State Farm Mutual, State Farm Fire and the State Farm Representative.  The “fraud litigation” complaint, included three causes of action: Fraud, Constructive Fraud and Insurance Bad Faith.  In the bad-faith portion of the fraud action the court reiterated a holding from a 1993 case which held, “…  Insurers are obligated to exercise good faith in determining the payment of an insured’s claim. … The obligation of good faith and fair dealing with respect to the discharge of the insurer’s contractual obligation includes  the obligation to refrain from (1) making an unfounded refusal to pay policy proceeds; (2) causing an unfounded delay in making payment; (3) deceiving the insured; and (4) exercising any unfair advantage to pressure an insured into a settlement of his claim.” See Erie Ins. Co. v. Hickman by Smith, 622 N.E.2d 515, 519 (Ind. 1993).

To better understand what types of Damages are recoverable in a bad-faith action or Insurance fraud case, see the links below:

Articles discuss Fiduciary Duties, to better explain what is a fiduciary-like relationship, please see the listed below:

Our other articles discussing Fraud in California and causes of action for Fraud in general are included below:

If you are wondering about a potential bad-faith claim or have questions regarding an insurance fraud matter, we invite you to contact us today at 619-432-5145 for a free consultation with one of our experienced Insurance Fraud attorneys and California Insurance Bad Faith Lawyers.