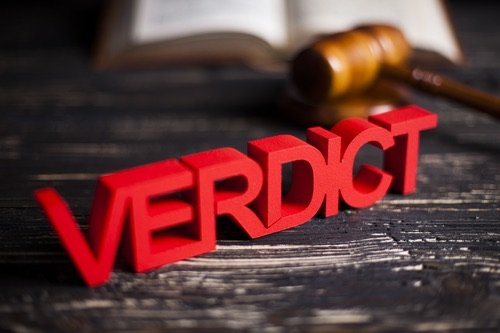 Former President sues company for fraud and breach of contract. After an eight-day jury trial and two-days of jury deliberations, the jury returns an award 12-0 for the plaintiff awarding: $20,000 in Punitive Exemplary Damages, $435,000 in Compensatory Breach of Contract Damages and $98,000 in Fraud Damages.

Case Study – Verdict Search:“On Aug. 15, 2008, plaintiff Tim Munro entered into an agreement with Environmental Management Technologies Inc. and Michael Kelly in order for them to purchase his 50-percent interest in the company, in exchange for his resignation as president of the corporation. Munro claimed that Kelly and Environmental Management Technologies ultimately breached the agreement and refused to pay him for his share of the business. He claimed that, instead, they terminated him for cause.”

Per the Court’s finding the parties entered into a contract, in which the Plaintiff would resign as president and in exchange the Defendant would purchase the Plaintiff’s 50% interest in the Company.  In lieu of preforming per the terms of the contract, the Plaintiff alleged that the Defendant fraudulent terminated him for cause to avoid their obligations under the agreement. After an eight-day jury trial, the jury found for the Plaintiff awarding him $553,000, which included damages for fraud, punitive damages and compensatory damages for breach of contract.

This is a link to our previous blog discussing “what is a breach of contract”: https://dianalegal.com/breach-of-contract-breached-meaning-what-is-a-breach-of-contract/; along with our blog discussing the difference between Punitive Damages and Compensatory Damages: https://dianalegal.com/fraud-i-damages-i-civil-litigation-punitive-damages-vs-compensatory-damages/

Contract Remedies and Damages are outlined in the Contract Chart below:

If you have a pending contract dispute or have questions regarding a breach of contract, we encourage you to contact our offices at 619-432-5145 for a free consultation with one of our San Diego contract attorneys and California breach lawyers.